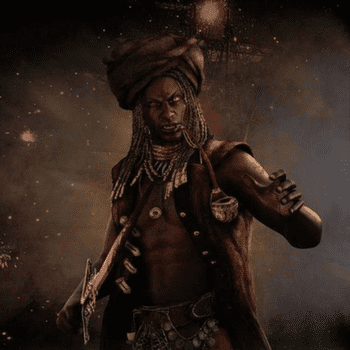 Do you have questions for Kaks?

Log in to ask Kaks questions publicly or anonymously.

Liked by +DreamTim and 4 others

How To Export Keys On Ghostship OS

Liked by Oszy and 2 others

Liked by Audo Kowitz and 4 others

Ask your questions to the community. We discuss about privacy and CEX vs DEX.

Join Us On Discord Channel https://discord.com/invite/ktfSdCT

Liked by Oszy and 4 others

Ahoy Pirates! I hope this post finds you and your loved ones safe and healthy. To those of our pirate family who have lost family and friends to COVID19, we offer our sincerest condolences.

Many parts of the world are still fighting with peak infection rates. Some have weathered past their peaks and are contemplating reopening their economies, while some are already challenged with a second wave of infections. COVID19 will not end humankind. Whatever awaits us at the end of the infection, it will be a very different world.

In this unprecedented time, the community and team of the most private cryptocurrency have come together to bring a significant advance for the world of privacy payments and a very cool addition to Pirate Chain!

Thanks to the innovation and hardwark of Dreamtim with assistance from OCash, Pirate Chain now has its own intro video and theme song! This is a truly inspirational production! Watch the video, give it a thumbs up, and link it to every post you make about Pirate!

For months, JL777 has led development to bring Atomic Swaps to private, shielded transactions. We are proud to announce the launch of Subatomic Swaps!

What are subatomic swaps? @SHossain  “Subatomic swaps, as opposed to Atomic Swaps, are a process of swapping coins with a “semi-trusted” individual. Normally if you do an OTC trade with someone one of you has to send an amount and then the other does the same, this is risky, so you reduce the amounts being sent.

If we want to swap $100 of two different coins, we could do 100 $1 swaps so that the most that is at risk at any time is $1 (ex. I send you $1 and you decide not to send me $1 of another coin) of course this means 100 TX fees on each chain, and confirmation times for each chain, which would take a long time and is a pain to do 100 TX manually. So instead we can automate the 100 txs to be done and automatically check to see if the other amount was sent. Instead of doing each part on chain, we do all the parts in a Channel CC. Which is fee-less besides deposit and withdrawals and near instant.” (from Paradigm Funds)

$ARRR to Turtle Network DEX arrives within 20 seconds! Many of the Pirate Community have quickly adopted TN Dex as their go to exchange for Pirate. The liquidity is deep. Perhaps more importantly, deposits and withdrawals are fast and flawless! The team highly recommends downloading and setting up a node for the optimal experience!

This is a functionally advanced exchange where you can trade $ARRR with any other coin on the DEX. Unlike many self-proclaimed “decentralized exchanges”, with Turtle Network DEX you always retain custody of all your assets. The trading environment is full of useful, high demand features. Perhaps the most impressive element is the ability to trade any coin with $ARRR, there are no pair restrictions on Turtle Network DEX!

Try it out for yourself! https://wallet.turtlenetwork.eu/

Watch this video by Samurai on how to make deposits

I2P for Pirate and Komodo ecosystem

What is I2P: I2P (Invisible Internet Project) is an anonymous, pseudonymous and decentralized network without server. I2P is based on free software and aims to provide a simple transmission layer with the benefits of anonymity and privacy, security against attacks and resistance to censorship for various application software.

We are looking to raise .8 BTC (we already have the devs on hand)! Please consider donating.

We are adding some spice and mixing up our weekly discord meetings. In addition to the latest updates and developments from the past week, we will also be having topical discussions pertaining to privacy matters! Come join our weekly meetings, every Wednesday, 22:30h GMT. It’s always fun, come with a drink in hand, we welcome everyone’s opinions and questions!

Thanks to @KOSIUS , Pirate Chain now has a website logging the milestones of ARRR starting from the discussions prior to its creation. Check out the timeline!

The mobile wallet is currently in beta testing! @DaBig PaLooTz  and House attest that ARRR was sent from the United States to Australia at blazing speed, in just seconds!

Thanks to @Kaks kaks for making a video on how to run Pirate Ocean on Linux! If you use Linux, follow this step-by-step guide on how to set up one of Pirate Chain’s most stable wallets, the Pirate Ocean (by ComputerGenie).

Thanks to @Kaks  (again!) for making a video on how to run Seven Seas on Linux! Seven Seas is capable of running a full node to support Pirate Chain. This is a fantastic wallet (too) made by our own Captain Radix!

In this unsolicited, independent review of Pirate Chain, Crypto FROG thoroughly covers every aspect of $ARRR. He performed a comprehensive fundamental analysis and gives Pirate Chain a solid 8.4/10 score! Checkout his video to find out what he thinks and where his price targets ARRR!!

In this interview, @Draeth  shares with @Crypto Rich  the latest updates on collaborations with BPSAA members and Komodo.

In this pitch competition, Captain @Draeth  presents Pirate Chain with a potential to be awarded an audience with crypto investors. Watch this to get all the highlights of Pirate Chain and significant upcoming developments in 5 minutes!!

For the past couple of months, in place of the merchant/social media influencer-of-the-month section, we have been introducing each BPSAA member and highlight some of the ongoing collaborative efforts. We got a glimpse of the important work of Turtle Network in February and Sentinel in March. In this update, we will learn a about another founding partner of the BPSAA, Ether-1.

The Ether-1 Project provides decentralized, community-based ethoFS storage, payable with $ETHO. ethoFS node operators are rewarded with two independent revenue streams: block rewards and ethoFS specific hosting rewards. The Ether-1 governance council is elected by the community and decides all project spending in public with the community using Ether-1 Community Proposals (ECPs). The council also controls the project’s public representation with its various teams which all have their own domains and social media: etho.black, ethoLabs, ether1.cloud, etho-nodes.cloud, etho.pink and etho.blue. The ultimate goal of Ether-1, ethoFS and other solutions on the way, like ethoDNS and ethoDB, is to #DecentralizeEverything within the technological and logistical realms.

We believe crypto is meant to be truly decentralized in order to work the way it was originally intended. By not only decentralizing the blockchain consensus layer but also a 2nd layer of ipfs/database nodes and integrating it with the formed via Smart Contracts, the Ether-1 project opens up a whole new realm of possibilities for dApp developers and provides a no nonsense way to increase the theoretical limits of performance of the blockchain. Ether-1’s nodes are the only ones on the market whose stake be rented by node operators from $ETHO stake holders on the https://staking.ethofs.com marketplace. (https://docs.ether1.cloud/nodes/node-staking-dashboard). etho.black developers are also the maintainers of the bleeding edge Xerom $XERO blockchain consensus project. The Xerom project has been running the revolutionary new Decentralized Node Protocol (DNP) which allows for the payment of ethoFS nodes without requiring the use of a central processor.

How is Ether-1 collaborating with Pirate Chain?

PirateChain provides several state of the art transaction shielding technologies, perfect for converting tiny amounts of $ARRR on TurtleNetwork’s exchange to $ETHO for a completely private upload into level ethoFS. The distributed Ether-1 development teams are excited to work on integrating ethoFS into PirateChain’s Galleon OS to facilitate the process of converting BPSAA coins and seamlessly connecting member services. Together, BPSAA members are creating an entirely new ecosystem for simple trade as well as world-wide commerce, grounded in the native values of freedom and privacy

Last words from the editor

Many countries have shut their economies down. Whether it is the right or wrong thing to do, it has unshrouded the fallacies of governments and monetary systems across the world. Many jobs were lost. Cessation of the world’s economic engine has led to severe liquidity emergencies amongst numerous sovereign fiat currencies. This insolvency has revealed cracks that will be the herald a new era. I believe the geopolitical landscape will shift in the coming years, some countries will fail, while the super powers will have a pissing contest for supremacy. The US dollar has been the global reserve currency.

In the short term, the global liquidity crisis will lead to an increased demand for dollars. I believe this will drive up the value of the US dollar, with a deflationary period ahead. Deflation may sound enticing, but it’s not. The solution is inflation. You’ve seen the memes, $BRRRRRR. Afterwards, will central banks go back to a gold standard?

Many bitcoiners dream that $BTC takes the place of the US dollar as the global reserve currency. While it is certainly possible, I believe it will not. Can you see any government staking the stability and control of their currency on miners over which they have do not have total control? At best, bitcoin may be in a basket of currencies and precious metals. Maybe only in certain crypto-friendly countries. However, I belive $BTC will become the de facto standard currency of the global internet economy that has been accelerated by the shutdown. Do not mistake this for a trivial market. Prior to the COVID19 outbreak, independent analyses from  businessinsider.com and statistica.com already valued global online digital payments at $4 trillion for 2020, and with further projected values of $5-6 trillion by 2024.

I believe the majority, if not almost all online transactions will be cryptocurrency based within this decade, pegged to a “sat(oshi)-standard.” However, remember that $BTC is transparent. Buying anything with $BTC will reveal your balances, and link your wallet to your home address. You may be paid in $BTC and choose to store your wealth in it, but everything is transparent. Likewise with any cryptocurrency that offers optional privacy. This is where I see the rise of private-by-default currencies. Pirate Chain is the most private currency, with the strongest anonymity. ZCash devs said so. Even Monero devs said so, at MoneroKon.

The 2020’s will be a tumultuous decade. Stay safe. Protect your privacy, protect your wealth. Get ARRR!

Liked by John R and 5 others

HOW TO GET STARTED WITH SUBATOMIC SWAP

Liked by +DreamTim and 8 others

New Video Made By PirateChain Community

Liked by John R and 5 others

How To Run PirateOcean For First Time On Linux Mint

Liked by John R and 4 others

The New Verus Desktop Wallet Have Included The Vote2020 Token

Liked by John R and 2 others

How To Get Vote20 Token On Windows / Linux And Mac

Or open the Komodo Ocean folder with CMD then type:

and by terminal I mean the terminal (CTRL+ALT+T)

Liked by Cipi and 1 other