It's Friday again, which means it's time for another weekly wrap-up. Let's take a look back at what happened over the last seven days.

As AtomicDEX is inching towards a 1.0 release we are shifting our focus to the long term product vision beyond primary wallet and DEX functionality. To collect as much feedback as possible we asked our community for their help! We already collected more than 200 inputs. We would like to thank our community at this point, with your help we will build the world’s best DEX!

If you haven't completed the survey yet, you can do it here.

Komodo CTO Kadan ‘ca333’ Stadelmann sat down for an excellent interview with the team of Layer1pod. He describes Komodo's technology, talks about his background, explains the differences between ETH & KMD, and how AtomicDEX is changing the rules of the game.

Listen to the interview here.

Komodo was mentioned by Huobi as a coin to keep an eye on.

‘This multi-chain design is what makes Komodo unique among blockchain platforms. Each project is given the opportunity to create its own blockchain ecosystem via Komodo’s infinitely scalable infrastructure.’

The Komodo developers have released AtomicDEX-PRO version 0.1.4. The new version contains a lot of features and fixes.

The Komodo team would like to call on our community to test the new version and give us feedback.

Security researcher Saleem Rashid discovered the vulnerability that allowed an attacker to have compromised the client software of a user to increase transaction fees without confirmation on the device. The user should be tricked into signing a transaction at least twice, which isn’t an unrealistic scenario because the first transaction can be aborted pretending there was an error. A successful exploitation results in the loss of funds for the user. The attacker can also collude with a miner to profit from the transaction fees.

We thank Komodo developer pbca26 who already patched the KMD claiming tool so that users can continue to claim their rewards securely.

Shurli is looking for testers! Shurli is in its very early stages but getting feedback from the users would help shape the next UI/UX iterations.

The MarmaraChain team announced its second Hardfork. The Hardfork to version v.1.0.2 will take place on at 06/24/2020 2:00 pm (UTC). The upgrade is mandatory for all miners, exchanges, wallet providers, and other individuals running a full node. Please be sure to update prior to June 24.

HUSH launched the public beta release of HushChat on Windows, Mac, and Linux. HushChat is Signal on the blockchain, except with no phone numbers, no closed source code, and is decentralized. Each message sent over HushChat costs only 0.0001 Hush.

If you are interested in becoming a beta tester join them on Discord.

Komodo continued with its Blockchain Fundamentals content series this week with one new interconnected article.

Liked by Satinder Grewal and 8 others 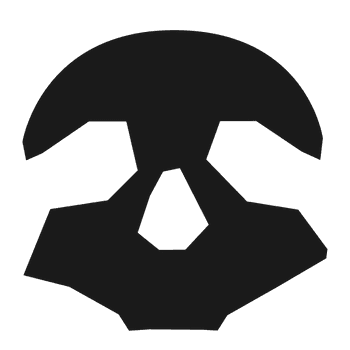