It's the first Friday of June, which means it's time for Komodo's May Monthly Report. A lot has happened over the last 30 days, so let's take a look at all of May’s developments!

As mentioned in last month's report, global markets are still recovering rapidly. However, this raises questions for many. Despite rising unemployment figures, the ongoing COVID-19 restrictions, and protests worldwide, both stock and cryptocurrency prices continue to rise.

The Dow Jones Index, for example, has rallied 45% in less than 3 months, something that has not been seen since the very beginning of Dow Jones trading. Many analysts compare the current market conditions with the fall in the Dow Jones in 1987 and believe that this was a unique opportunity to enter the stock market. Whether they are right or not, time will tell.

Bitcoin broke the $10,000 mark for the first time in 98 days. Unfortunately, it did not manage to keep the price above $10,000 and soon after fell below this magical psychological level again.

But one thing gives the Crypto Community hope: the Bitcoin stock-to-flow model. 100trillionUSD, a content creator has posted a chart on Twitter that shows a red dot that has sent Bitcoin believers into euphoria.

But what do these colored dots actually mean?

There is a simple logic behind it. The Bitcoin price is displayed logarithmically. A logarithmic scale (or log scale) is a way of displaying numerical data over a very wide range of values in a compact way—typically the largest numbers in the data are hundreds or even thousands of times larger than the smallest numbers.

The points are added to the Bitcoin price and show in different colors how many months there are left until the original Bitcoin halving.

In the past, this has led to a situation where a red dot indicates that Bitcoin is entering a Bull Market.

Co-founded in 2017 by Gavin Wood, a co-founder of Ethereum and one of the authors of the Solidity smart contract programming language, the Polkadot Network has been in development for several years.

Now, as of May 27, 2020, the Polkadot mainnet is live. This marks the first of several steps towards the full launch of the public blockchain network. However, DOT coins, the currency of the Polkadot blockchain, are not yet available to those who invested in the ICO back in Oct 2017. The coins will be released to those who invested in a future phase of the full launch.

The Polkadot Network, according to its website, is a “sharded protocol that enables blockchain networks to operate together seamlessly.” That has led many to refer to Polkadot as an interoperability project, as their stated purpose is to build bridges between heterogeneous blockchains. At the same time, Polkadot can be considered a multi-chain platform, as they also intend to offer sovereign, application-specific blockchains to third-party projects that wish to build a smart contract or decentralized application (DApp). This is made possible with the Substrate framework, which is comparable to Komodo’s Antara Framework.

The Komodo team would like to say congratulations to the Polkadot team for reaching this important milestone. Like Polkadot, the Komodo team believes that a multi-chain platform architecture is the most viable design for the growth and adoption of blockchain technology. The Komodo team is also very pleased to see such a prominent project following down the multi-chain path that Komodo pioneered when the Komodo mainnet went live in January 2017.

The acronym DeFi - Decentralized Finance - refers to a specific ecosystem in the blockchain space that enables digital (and theoretically trustless) financial services. Usually based on the Ethereum blockchain, decentralized applications (DApps) can be created, which are specifically designed for the financial sector.

A key characteristic of these DApps is that they can be programmed as needed. Different modules can be put together, like a LEGO kit. As soon as the DApp is implemented on the blockchain, it runs independently and in a decentralized way, depending on its design.

As beautiful and exciting as that sounds, DeFi is still in its infancy. Besides the known technological problems DeFi is confronted with, there are still many issues that make adoption difficult.

An article titled, “Key DeFi Ecosystem Problems, Explained,” published in Cointelegraph, describes a number of the issues that DeFi faces.

“Even beyond the risks involved, certain issues persist that often affect the user experience of these platforms. These include over-collateralization, centralization, low liquidity, and very little interoperability between blockchains. Another common issue with the DeFi industry is that sometimes “decentralized finance” isn’t as decentralized as it should be.”

Learn more about the limitations of DeFi on Ethereum in the full article from Cointelegraph here.

DeFi Pulse also gives a great overview of the DeFi ecosystem. The website also offers a ranking, which ranks the DApps according to the amount of investment.

Komodo’s fourth annual Notary Node Election came to an end on May 4, 2020, and the Komodo team would like to congratulate and welcome all of the operators who won a seat in the Notary Node network.

To officially bring these new Notary Node operators into the network, an upgrade to the Komodo daemon to version 0.6.0 will be activated on June 14, 2020, at block height 1,922,000. The upgrade is mandatory for all miners, exchanges, wallet providers, and other individuals running a full node. Please be sure to update prior to June 14.

AtomicDEX Developer Sergey Boyko completed a key contribution to the AtomicDEX API! Thanks to Sergey we now have a new essential data metrics collection feature with Prometheus integration! Combined with Grafana it enables beautiful and expressive visualizations of the data traffic.

The AtomicDEX Dev team released version 0.2.16 for AtomicDEX mobile. The new version contains, among other things, changes in the DEX core, information when starting the app, an MM2 validation, and the activation of new coins were improved. It also includes one of the most requested features for AtomicDEX: the Orderbooks.

You can now see the Orderbooks for the buyer and also for the seller side.

In addition, there are the following changes.

In addition to the AtomicDEX Mobile release, the Komodo developers have released AtomicDEX-PRO version 0.1.3. The new version contains a lot of features and fixes.

The Komodo team would like to call on our community to test the new version and give us feedback.

There are also many things that have happened in the Komodo community and the Komodo ecosystem. We have summarized all the important things for you to keep up to date.

The Komodo team is focused on developing AtomicDEX, specifically the base wallet and DEX functionality. Currently, no firm decisions have been made with regard to future feature development.

The Komodo marketing team is scoping out possible features and studying the market needs at this time. We want to create the product that users want the most.

As such, we’d like to ask you to tell us what you value most in a cryptocurrency wallet product. This information will help us to prioritize the features with the greatest demand.

To share your thoughts and ideas with the Komodo team, please take a few minutes to complete the AtomicDEX feature request survey.

Komodo Marketing Manager Audo Kowitz had the pleasure of meeting John when he was visiting Tokyo in April. They decided to seize the opportunity and film a short interview.

We had some good pizza submissions for our Bitcoin Pizza Day tag campaign. We have collected and summarized all entries. You can see the winners here.

DreamTim created a post about a fundraising effort started by Draeth and Lootz. The goal is to integrate I2P to Komodo, which will make it available in all the ecosystem projects as well.

They are looking to raise 0.8 BTC in donations.

Mylo has been developing a website to browse the AtomicDEX order books. It is becoming a full market-making product targeted for web communities.

Visit the website and check out the demo here.

The Komodo Team was invited to an AMA in the ChangeNOW Telegram group yesterday. If you were not able to attend, we have posted a summary of the AMA questions and answers for you here.

The Subatomic Go project had a name change. From now on, it will be called “Shurli.” Komodo developer Satinder Grewal has come a long way in the last month. You can now select a number of orders to show on the list query on the orderbook page. Furthermore, you are now able to sort the results on orderbook as per their expiry time and much more! Komodo Developer Satinder Grewal uploaded a video to showcase all the improvements.

Satinder posted a great development update about what happened in the last weeks.

CryptoRich interviewed Michael Toutonghi, Lead Dev at Verus Coin and they talked about how VRSC could be used for COVID-19 contact tracing in a way that protects privacy, as well as Verus Coin's testnet that allows you to create your own cryptocurrencies.

The PirateChain team began to work on I2P integration that will be available for the whole Komodo Ecosystem. A total of 0.25 BTC has been raised so far. This doesn’t cover the full costs of the development, so the PirateChain team is still looking for donations.

The PirateChain released the public beta of the world’s first Z to Z-only Mobile Wallet dubbed Skull Island. Sailor +DreamTim wrote about it on the community portal. Kaks published an explainer video on how to export your private keys on Ghostship OS.

Sneak Peak of the z2z messenger:

Komodo CTO Kadan Stadelmann sat down for a superb interview with Charlie Shrem from Untold Stories. They discuss the threats to those core beliefs coming from government and other sources. Furthermore, Kadan talks about his past and his background and how it was growing up in cyberspace, and describes Komodo's vision while explaining the differences between Smart Chains, Multi-Chains, and Single Chains.

Listen to the podcast here.

Komodo CTO Kadan ‘ca333’ Stadelmann sat down for a superb interview with Nick Saponaro, the CIO of DIVI. They discuss Komodo's technology with respect to DEX technologies and atomic swaps, the history of Komodo's development, and the future of the Blockchain market.

Listen to the podcast here.

One of Turkey's largest coin news websites published an article about Komodo with the headline 'Why Komodo?'. We would like to thank Prof. Dr. B. Gültekin Çetiner of MarmaraChain for giving the interview!

The article is in Turkish but Google Translate will do its work!

That's it for Komodo's May 2020 report. Thanks for reading and stay safe & healthy!

Liked by Cipi and 9 others 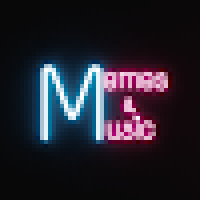 It would've been great to see mylo's orderbook update.