Join the Binance Telegram Group if you like to participate.

We can post a few of the questions in the comments below in case you missed the live AMA.

Liked by Daniel Pigeon and 8 others

Could you please tell me what Komodo is? What problem does it solve?

Komodo is a blockchain platform that allows projects and businesses to build application-specific blockchains. It is a composable multi-chain platform, meaning every project building on Komodo starts with its own, sovereign and independent Smart Chain, and then has the ability to develop contracts, games, and apps on their own chain.

Why is this important?

Our long-term vision is a world of thousands of blockchains working together to form complex applications. We believe the world is moving towards decentralization. Many of today’s centralized business processes, including attestation, escrow services, supply chain management, banking, etc, are all going to move to blockchain, replacing “trusted intermediaries” with code.

For us, it is clear that you can’t run all these applications on one single chain (like Ethereum)! These chains need to be independent, but they need to be able to interact with each other.

Komodo’s multi-chain architecture is uniquely suitable to become an important player in every industry you can imagine.

What is the advantage of keeping KMD for a long and short term?

The KMD coin is well-positioned to become the currency of the ecosystem. It already provides security to the other blockchains through Bitcoin. KMD enjoys a reputation for being secure, fast and has low fees.

KMD is also an Intermediary coin between all the other coins and blockchains. We are working on building an atomic swap technology and DEX products in which KMD is positioned as the base currency. Also, we are researching the possibility of developing crypto-backed derivatives and algorithmic stable coin solutions that would lock KMD out of circulation.

For short term speculators, KMD has something called “active user rewards”. Any Komodo address holding at least 10 KMD will begin earning a reward after about 1 hour this balance is reached. The rewards will stop accruing 1 month after a transaction to reward active users, so claiming your reward at least once a month is recommended if you hold your own coins. Binance supports this, and takes care of it, so users on Binance automatically get this reward!  If the reward is claimed at least once a month, the total reward adds up to 5.1% in a year. You can think of it as “staking”, although technically speaking it’s different.

How is Komodo different from other blockchains and smart contract platforms?

There are many platforms in the industry, Ethereum, Tron, EOS, etc. These are all single-chain platforms, while Komodo is multi-chain. However, the biggest difference is how smart contracts work on these platforms vs Komodo.

Smart contracts on Komodo are called “Antara Modules”. They run directly on the Komodo nodes, and not in a virtual machine. This means they are much more powerful than smart contracts! They are also much more secure, because they are written in C++. For example, Ethereum is using Solidity, which is famous for having bugs!

Komodo’s Antara Modules do not require gas either. It doesn’t matter how complex a program or application is, the cost of it is always the cost of one normal blockchain transaction. Ethereum smart contract calls can cost a lot, often up 1 USD per operation!

What is Komodo’s Blockchain Security Service?

As many of you probably know, most blockchains, especially smaller ones, are not secure. Projects have lost tens of millions of dollars in 51 percent attacks over the years. Komodo has a blockchain security solution to protect these chains with something called Delayed Proof-of-Work (dPoW).

These cross-chain notarizations are carried out by Komodo’s Notary Node network. Notary Nodes are dedicated servers that perform notarization transactions for the Komodo ecosystem.

The KMD community chooses 30 new Notary Node operators every year through a token-based election. This year’s Notary Node Election begins on March 15, 2020. Anyone who is interested in running in this year’s election can learn more in this blog post.

The method dPoW protects blockchains is this:

To compromise a dPoW-protected blockchain, the hacker needs to attack the target chain, Komodo, and even Bitcoin! This provides an extremely high level of security.

Notary nodes are elected every year, and the 2020 Notary Node Elections are coming in March! It is important that it’s not us who choose the notary nodes, it’s the community. All KMD holders will get VOTE tokens, and they can vote on the notary node proposals. It’s completely democratic.

Running a notary node is an excellent way to get involved with Komodo. Each operator can expect about 1500 KMD income per month in return for running and maintaining a notary node server. The costs of such a server are around US$300 per month, so it can be quite profitable!

You can read about the elections here:

. We encourage all of you to participate!

Komodo is a leader in atomic swaps, and recently introduced AtomicDEX. What is AtomicDEX exactly?

AtomicDEX, and atomic swap technology in general, is a part of the solution for building our multi-chain architecture.

AtomicDEX allows value exchange between blockchains. It is a DEX solution different from the currently dominant smart contract exchange model which is typically limited to a single-chain ecosystem. AtomicDEX connects different platforms and protocols— for example, it is possible to exchange BTC-protocol altcoins directly with ERC-20 tokens. We are adding Tezos in a few weeks, and we hope to add Binance Chain-based assets soon!

AtomicDEX (https://atomicdex.io) is currently still in beta for iOS and Android, but we already have thousands of people using the app every day! We have roughly 5,000 active users at the present time. It is our main focus for 2020, as we continue working on our mobile app, and deliver a 1.0 this year. We will also release desktop and web versions, as well as a special edition for private OTC deals.

What are your other priorities for this year?

We’ve just published our 2020 roadmap, which you can read at https://komodoplatform.com/roadmap

As you can see, we are going to have a very busy year.

We are going to release a new version of Komodo Core, making the technology layer even more secure and performant. We are also rewriting our blockchain security solution, dPoW, to make it faster and cheaper to operate.

With the Antara Framework, our main focus is on developer tools. We will release new APIs, so developers can build applications easier using Komodo.

And, as just discussed, AtomicDEX is probably the most important focus for us in 2020. We are a few weeks away from releasing the desktop version of AtomicDEX, we are working on a web version, and the OTC special edition.

We also have a few “moonshot” items on the roadmap, like an IoT version of AtomicDEX for vending machines and and Point-of-Sale, private enterprise chains using Komodo, and smart contract interoperability with Ethereum.

How do you see the industry and Komodo specifically 5 years from now?

People in this industry, enthusiasts, investors, and developers alike, love to talk about “mainstream adoption”. Many people think paying for a coffee with Bitcoin, for example is “mainstream adoption”. It certainly would be! But it’s also important to realize that this adoption is not the future, it is already happening everywhere.

Take Komodo, for example. Komodo technology is taught at universities all around the world. We work together with the University of Texas, several institutions in Switzerland, the University of Marmara in Turkey, etc. These students learn about blockchain tech, learn about Komodo specifically, and start developing real-world applications, sometimes in cooperation with governments and institutions like in Turkey.

So blockchain is already in the mainstream, we just don’t see it yet.

In five years, many of the business processes that run on platforms developed two-three decades ago will switch to blockchain. It is an incredible business opportunity. Komodo is not the only blockchain platform to compete for this market, but it is well-positioned to capture a significant part of it!

We are a project with a long history of innovation and execution. The earliest bits of Komodo date back to 2014! We have seen good times, and we have seen difficult times with the long bear market. But we never stopped innovating and delivering, and we won’t stop anytime soon.

What brought Komodo to Binance.com and what are the advantages of this listing?

We’ve been listed on Binance since the early days, and consider it the most important exchange for us. We’ve always had a very good relationship.

We are thankful to Binance for supporting Komodo’s Active User Rewards feature -- you can earn around 5 percent on your KMD simply by holding it! Binance is the only exchange that implemented this feature, so it’s a big deal. 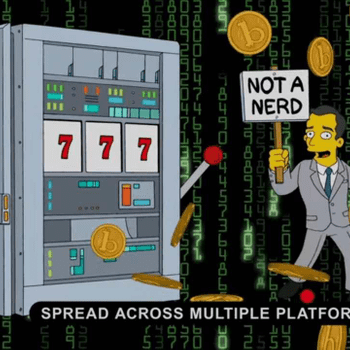 Full AMA you can read here:

Translate AMA into your native language and distribute!

I have received my rewards from the Binance Komodo AMA ✅